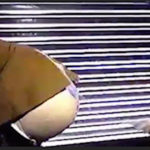 Who's that Girl in the Max Headroom Video Pirate Hack? One of the fascinating aspects of the 1987 incursion is the appearance of a second person in the WTTW "Dr. Who" event. Although only on camera for about 15 seconds, the woman who joins “Max” adds a scandalous dynamic to the presentation. She evolves it from a juvenile prank to something lustful and, dare I say, … END_OF_DOCUMENT_TOKEN_TO_BE_REPLACED 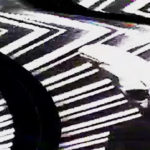 "In another moment down went Alice after it, never once considering how in the world she was to get out again." - Lewis Carrol, Alice's Adventures in Wonderland “In modern thought, (if not in fact), nothing is that doesn’t act, so that is reckoned wisdom which describes the scratch and not the itch.” - Anonymous In an era where "fake news" has become the buzzword for subjective … END_OF_DOCUMENT_TOKEN_TO_BE_REPLACED