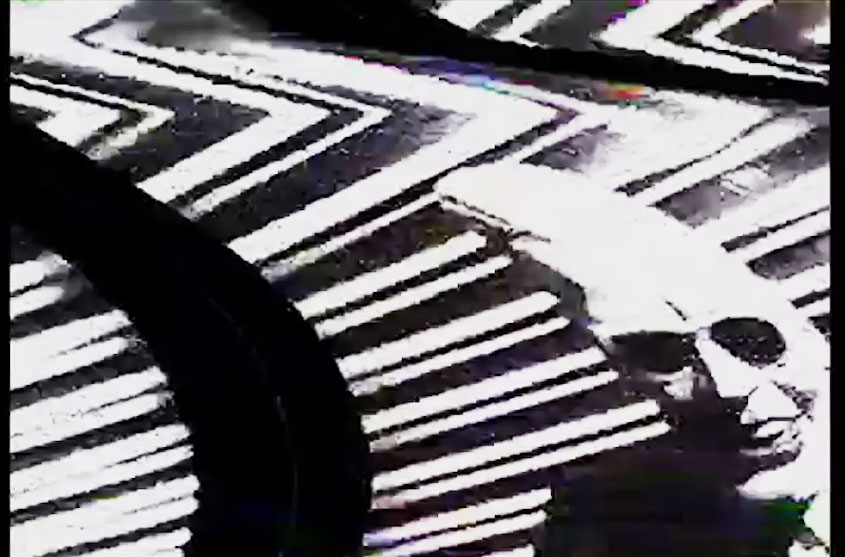 “In another moment down went Alice after it, never once considering how in the world she was to get out again.” – Lewis Carrol, Alice’s Adventures in Wonderland

“In modern thought, (if not in fact),
nothing is that doesn’t act,
so that is reckoned wisdom which
describes the scratch and not the itch.” – Anonymous

In an era where “fake news” has become the buzzword for subjective opinions, the Max Headroom Broadcast Incursion may stand as one of the purest forms of “honest broadcasting.”

At its most basic level, it’s a simple truth whose mental balm is coveted by nearly every human, “I’m screwing with your corrupt system, and there’s nothing that you can do about it. I’m now immortal.”

If you are here, you probably already know most of the facts.  If not, a competent and comprehensive summary is available on a Wikipedia post titled “Max Headroom Broadcast Signal Intrusion.”

The incursion has fascinated countless numbers of individuals, but unfortunately, scholarship on it is intensely speculative, repetitive and, mostly, lazy. We are going to examine this event without any regard for previously published materials or theories.

We are not professional journalists or law enforcement. We are armchair detectives with significant broadcasting experience. We were working in broadcasting at the time of the incursion. We applaud the brilliance of the work and fully declare it to be “broadcast art” of the highest order.

Before we began to construct this website, we studied and analyzed the incursion as closely as we possibly could. We have drawn many conclusions which will be published in subsequent posts. Please sign up for our newsletter to be informed of when new posts are published.

We have decided on a method of “profiling,” broken into categories of facts by order of confidence. The categories we are applying to every observation, theory or speculation we make are:

DEFINITE – Includes facts which are indisputable (based on the evidence available)

PROBABLE – Includes facts which are likely, but not classifiable as indisputable.

POSSIBLE – Includes facts which have some evidence supporting them, but cannot be classified as PROBABLE.

UNLIKELY – Includes facts which are clearly wrong, have been proven wrong or are just completely ridiculous.

These facts will be enumerated on the home page and will (eventually) be linked to exact posts which support them. Facts may change classification as the analysis progresses. If this happens, it will be noted.

To answer the question which may be on your mind, yes, we believe we have a solid theory about who did it. We believe we have a motive, a method and a completely valid reason why the creator of this work of Broadcasting Art needed to remain anonymous (at least at the time and for many subsequent years).

Our evidence is completely circumstantial and because of this, we will never publish any names, until the facts can be classified as DEFINITE.

We appreciate your interest in this page but need to emphasize that we are simple chroniclers. We are the fools who serve the king. As such, we live off scraps. We are grateful for your donations to keeping this site alive and building the legacy of these geniuses.

Comments on posts will be moderated. Constructive criticism and insight are welcomed.